How Amber learns something:

1) Stumbles into the middle of it confused.

2)Changes things around randomly to see if that does anything.

5) Gives up and does something else for a bit.

Do you define asexual as a lack of sexual desire? A lack of interest in following through with desire? A hybrid? Something else entirely?

For some it may be different, but for me it is a lack of sexual attraction to others. Doesn’t tend to cross my mind without serious prompting from others and even then I just wonder why I am not on the same page. I have feelings for people, which tends to be frustrating for everyone involved because I don’t desire to get intimate with their bits. Even when I dream of becoming close to someone it doesn’t tend go there.

I can see the aesthetic beauty in people and I do appreciate it, but even if I try to will it, the urge isn’t there.

What is your emotional orientation?

I am very much homoromantic. Women are awesome, awesome creatures. I pretty much knew from jump that hetero- anything was off the books.

I thought maybe I fancied both men and women for a bit since I wasn’t drawn to one sexually over the other, but that didn’t really sit right either. After that I just knew that I was drawn to women emotionally and would just let other people call it whatever the hell they wanted to.

I’m curious how much you think the abusive past factors into your asexuality. I get the impression you would be so anyway. still wonder if you think it changed things, even if by degrees, based on something you said before

This question is one that I asked myself countless times. It even fueled my debate over whether I was truly emotionally attracted to women.

Even though I was abused at a young age – enough that details would require a separate entry when I get around to it – I have never harbored a disgust for sex. Unlike many victims my hate was directed toward the bastards that hurt me. The trauma was a large factor in how I interacted with people for years, but I never faulted sex itself.

I am not disgusted by sex, though I do think it’s funny that it is so integral to the lives of others sometimes. The times when I have been in relationships with people, I have participated in sexual acts for the other person’s sake. I have even obliged in circumstances where there was geographical distance.

I made it a point to work through the trust issues that the abuse caused and get to a place where those emotions no longer consumed me before I even entertained the idea that I was just indifferent to sex.

Even in discussions with sexual folks, I have heard them describe things that normal kids apparently do when younger than I was at that time in terms of body/sexual exploration and I don’t remember doing any of that or even coming up with the idea to.

It isn’t an aversion, or disgust, or fear, or hatred; I’m just not thinking about sex.

Usually when you look up Ace terms everything points to AVEN. Here is a list of some other resources by type:

Ace folks aren’t all the same. There are many shades to the grey. Quite a few folks take on the asexuality mantle because they fall outside the normal range of sexuality. This is one of the main reasons that the Ace triangle and flag incorporate black, grey and purple. It is usually just easier to claim plain ‘ol Ace than to describe the variants at length.

Some of the more common terms from the AVEN Wiki*:

*Similarly, some people who might technically belong to the gray area choose to identify as asexual because it is easier to explain. For example, if someone has experienced sexual attraction on one or two brief, fleeting occasions in their life, they might prefer to call themselves asexual because it is not worth the bother of having to explain these one or two occasions to everyone who asks about their orientation.

The concept of someone not wanting to shag a decent sized percentage of the population around them wrecks people’s heads.

Here is a short list of some things people have said to me :

and my personal favorite:

“…so you are not a sex addict?” (It makes logical sense, but it is still a long stretch.)

Add that to the pile of confusion that ensues after they put together that I find women aesthetically pleasing and you have enough dialogue to fill a 22 episode order of a sitcom full of gossipy characters.

I get jealous of the majority of the populace sometimes because they don’t have these conversations. Tell someone that you like the same gender and it’s generally one of three responses: love, hate, or pensive acceptance.  Tell someone that having sex with people doesn’t even cross your mind and they think you are making things up or need medical attention.

Asexuality is often written off as that person being damaged, confused, hateful towards a certain gender or misanthropic in general much like many other non-heteronormative sexual orientations. These misconceptions are annoying at the least, but the apparent invisibility of Ace individuals isn’t doing much to sway that. So Asexuality Awareness Week was created.

This week marks the second run of Asexuality Awareness Week. Ace folks and allies are spending our time offering information and spreading the word.

I’d like to state here and now that I think my sexual orientation is an unrecognized fourth categorization, along with heterosexual, homosexual, and bisexual. It isn’t an “undecided” or a “none of the above”; it is actually a legitimate fourth choice–it is not “no sexual orientation,” but rather a “sexual orientation of ‘no.'” No thank you; please pass the potatoes. I propose that if a person has no interest, it does not necessarily indicate a psychological issue, a physical problem, or an active sexual orientation that has just been buried.

AVEN has many resources available plus the forums are frequented by Ace folks and allies.

Usually the bell doesn’t even toll. It mostly just cascades on top of the victim, in a hail of furious sounds, rumbling the air with its homicidal vibrations. One cannot escape its sharp decibel teeth, grazing in the fields on small animals in wait. Not even a vigilant eye and keen aid can outrun the speed of the horrific audio.

In the past, I have been guilty of some serious sticker whoring. It was like a game where acting fast rewarded me with some useless achievement that could culminate in something for my nephew to play with if I ever felt like giving you my address.

Now, I am quite reluctant to check-in to anything until a decent amount of time after it has aired due to the glut of stickers out lately. I’m past the point of giving a damn and working my way to prosecution for sticker assault.

At least Miso didn’t make me feel cheap or  like I needed to shower off sticker spooge when I used it. 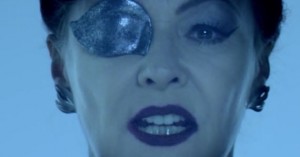 I wanted more than River being Amy and Rory’s kid. It was so obvious that I hoped it would be a red herring. All that build up for something I gathered when I saw the casting info.

I wanted more than a big battle that didn’t happen.

I wanted more than a retread of a retread and yet another young girl that met and then became obsessed with The Doctor.

I wanted more than another “enhanced” companion.

I just wanted something to make it feel like it was worth looking forward to.

I’m not disappointed with the actors, the effects crew or even the boom mic guy. They were fantastic.

I guess I wanted too much. Won’t make that mistake when it returns in the fall.

The sad thing about this oft-neglected space is that I write something basically every day. I even do it by hand with those archaic things people refer to as pen and paper. Somewhere in the transition from page to post, the evil editor in my head intercepts and shreds the documents.

I’ve even tried just skipping the pen and going right for the post. There are probably more mutilated drafts in this database than there are actual posts. It isn’t even that the little editor hates the words, they are just never situated right and become painful to look at until they are arranged correctly. Unfortunately, this rarely happens.

At least this attempt to even the score with the murderous bastard turned out in my favor.